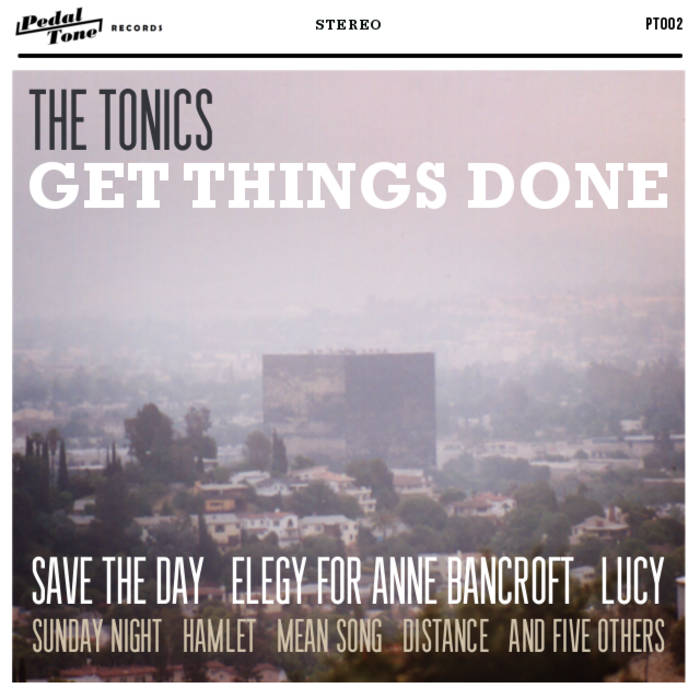 Get Things Done is the debut album of Los Angeles-based band The Tonics. Written when the band members were still in college, the album explores themes of love, depression and friendship, with an abundance of youthful urgency and energy. "Sunday Night" kicks off a five-song salvo of power pop gems, followed by a darker second half led by "Lucy." As is the case with many an early work, there are flaws - the band can be heard reaching beyond their abilities ("Love Makes People Stupid," "Hamlet"). But there are far more examples of brilliance (that chorus on "Mean Song," the drastic key/rhythm changes on "Lucy Tricked Me Into Something," and the heart-melting lyrics of "Elegy For Anne Bancroft," to name a few). Originally released in 2005 as a low-run CD pressing, Get Things Done is now available as a digital download on Pedal Tone.